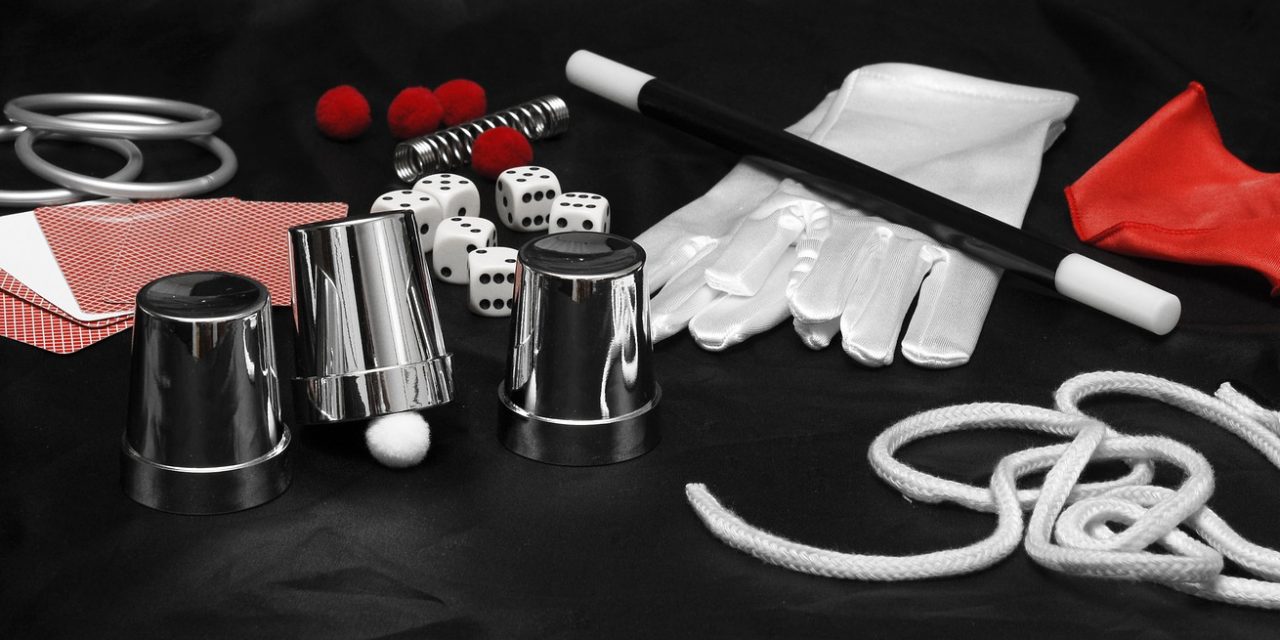 So there we were, driving along highway 401 at a speed appropriately but not dangerously over the speed limit. We sped along submitting ourselves to Sirius radio as it washed us with the songs of the 70s. That’s when this little gem from the band Pilot* reappeared in my life:

It’s called Magic. I’m pretty sure this song is about enjoying the morning sunshine (it’s magic you know) but I’m probably wrong because most songwriters write for themselves, not for the rest of us. For what it’s worth, I am writing this just as the sun is coming up on a fresh, clear summer morning and yes, it is magic.

But magic … it has various meanings depending on how you look at it. It can be a performance using tricks, illusion and sleight of hand or it can involve the use of incantations, spells and the like. For most of us magic is a David Copperfieldy or Harry Potterish entertainment that we happily pay money to watch.

Let’s be clear, magic shouldn’t be confused with the occult. The Christian faith has a long history of condemning any sort of activities attempting to access the spirit-world, from fortune telling to seances. The reasons are fairly basic:

First, Christians believe in actual, intelligent evil and are concerned about malevolent manipulation.

Second, Christian lives are to be lived in satisfied, daily trust in God, meaning we have no need to seek out otherworldly yesterdays or fearful tomorrows. As St. Paul said clearly, ‘The life I live, I live by faith in the Son of God who loved me and gave himself for me’.

However, for many people, superstitions are a form of personal magic. Many of us believe that certain activities can solve problems and make life easier. There are lots of examples of gamblers claiming lucky streaks even though it is proven that they are simply random math happening randomly. Athletes often have a pre-game set of superstitious actions they go through (until they need a new round of luck). There are many others: trouble comes in threes; beginner’s luck; Friday the thirteenth; stay away from the number 666. It’s magic you know.

Wait, wasn’t that last 666 thing a Bible code of some sort? Actually yes but no – it was a common expression for the dangerous Roman emperor in the highly political book of Revelation.

This week I learned that some Christians think that the Anti-Christ will be a super-intelligent-cyborg-like product of our experiments with artificial intelligence.  Mind you, Anti-Christ picking has proven to be a 100% inexact science in the past. Various Christian ‘prophets’ have shown us in the past precisely why Nero, most Popes, Luther, Napoleon, Hitler, Gorbachev, most Presidents, the United Nations (well, you get the idea) were for sure the Anti-Christ. They were wrong each time, of course but they did a good job of selling the idea … It’s magic you know.

Remember when The Bible Code was a big selling book? According to it, hidden math and formulas in the Hebrew bible revealed all kinds of secret, magical things including that cool prediction that the apocalypse would happen in 2006. Mind you I’m not familiar with that particular apocalypse – I must have been working that day. Never believe it’s not so.

Speaking of magic, what about Christian magic? Yep, that’s what I said.

Healing water, prayer cloths and the like are an actual thing. So are: ‘Reach out and touch your TV for a point of contact’; ‘I heard the voice of God clearly speak to me – build a ___ ‘; ‘I feel that somebody is being healed of diabetes right now – you know who you are’; ‘If just  __  people would give just __ we could accomplish amazing things for the Lord’; ‘This is holy ground/a holy moment’. Holy moly.

Infamous pastor Mark Driscoll advertised that there would be an online draw for his sermon notes from two Sundays ago. I have no way of knowing if he does this regularly but I can seriously only think of two reasons anybody would want them: idol worship of a religious person or seeking spiritual power through the paper.

The good news is they were autographed, so… definite magic.

But the magic funnels down to the most ‘normal’ of us too.

We truly think that a song is especially inspired if it makes some people weepy. We actually do think that if we pay our tithe God will make us more prosperous. We firmly believe that if we pray with enough faith (how much is that?) it will come true! Of course there’s nothing wrong with asking but is asking all we do when we pray? It’s magic you know.

Sometimes people post something spiritual on Facebook, enlist a special saint to pray, go to church every time it’s doors are open or volunteer or do good deeds almost like they are magical formulas to convince God to be pleased with us. Never believe it’s not so.

Beware people who quote scripture to prove themselves correct, or who tell you how you’re supposed to act, or who pressure you to do such-and-so to make God happy. Forms of magic and idol worship.

Sometimes I wonder if our Christmas traditions are more about creating magic than about celebrating Jesus’ birth. I wonder if we go to church more to experience magical feelings than to worship. Is Christian life more about magically getting or genuinely giving? It’s magic you know.

To state it simply, the Jews believed that Christianity was a Jewish religion and it was obvious that circumcision was a commandment from God. Well it was – except that it really wasn’t.

Paul had come to realize that this new Way was about faith in the goodness and love of God. God couldn’t be bribed or manipulated and he didn’t ask for superstitious rites or rituals. Eating, drinking, how we look, how we dress, where we go, what we give, how we do our activities are not ‘magical’ in any sense.

There is no magic; there is only faith.

In one of today’s Lectionary readings Paul, a devout Jew, had already come to terms with the simple faith of living in Jesus.

So then, just as you received Christ Jesus as Lord, continue to live your lives in him, rooted and built up in him, strengthened in the faith as you were taught, and overflowing with thankfulness.

See to it that no one takes you captive through hollow and deceptive philosophy, which depends on human tradition and the elemental spiritual forces of this world rather than on Christ.

For in Christ all the fullness of the Deity lives in bodily form, and in Christ you have been brought to fullness. He is the head over every power and authority. In him you were also circumcised with a circumcision not performed by human hands. Your whole self ruled by the flesh was put off when you were circumcised by Christ, having been buried with him in baptism, in which you were also raised with him through your faith in the working of God, who raised him from the dead.

When you were dead in your sins and in the uncircumcision of your flesh, God made you alive with Christ. He forgave us all our sins, having canceled the charge of our legal indebtedness, which stood against us and condemned us; he has taken it away, nailing it to the cross. And having disarmed the powers and authorities, he made a public spectacle of them, triumphing over them by the cross…

… Therefore do not let anyone judge you by what you eat or drink, or with regard to a religious festival, a New Moon celebration or a Sabbath day. These are a shadow of the things that were to come; the reality, however, is found in Christ. Do not let anyone who delights in false humility and the worship of angels disqualify you. Such a person also goes into great detail about what they have seen; they are puffed up with idle notions by their unspiritual mind. They have lost connection with the head, from whom the whole body, supported and held together by its ligaments and sinews, grows as God causes it to grow.       – Colossians 2:6-15; 16-19 (NLT)

Christianity isn’t magic. We don’t do this to get favours or to gain control.

Jesus appealed to his disciples by asking them to leave power, possessions and comfort behind. He said things like, ‘Take up your cross daily and follow me.’ Christianity is walking in faithful relationship with Jesus, the way we were originally intended to in the Garden.

Jesus doesn’t give us magical answers but a way to live.

Never believe it’s not so. 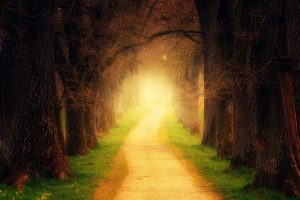 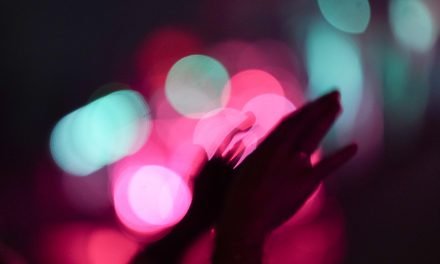 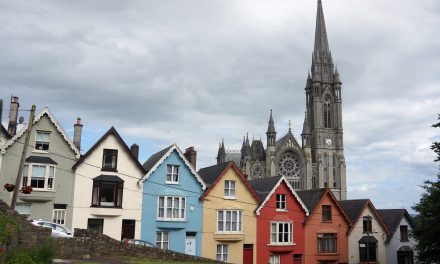 Since science and the Bible both come from God, any conflict between them is a problem with our own understanding and/or interpretation.

A Black man in Indiana says 5 white men tried to lynch him, claiming the public beach he was on was private. They called him "nappy headed" on film and allegedly said "white power."

He says they beat him against a tree, saying "get a noose."

Any person who fits neatly in a political party does not fit neatly in the kingdom of God.