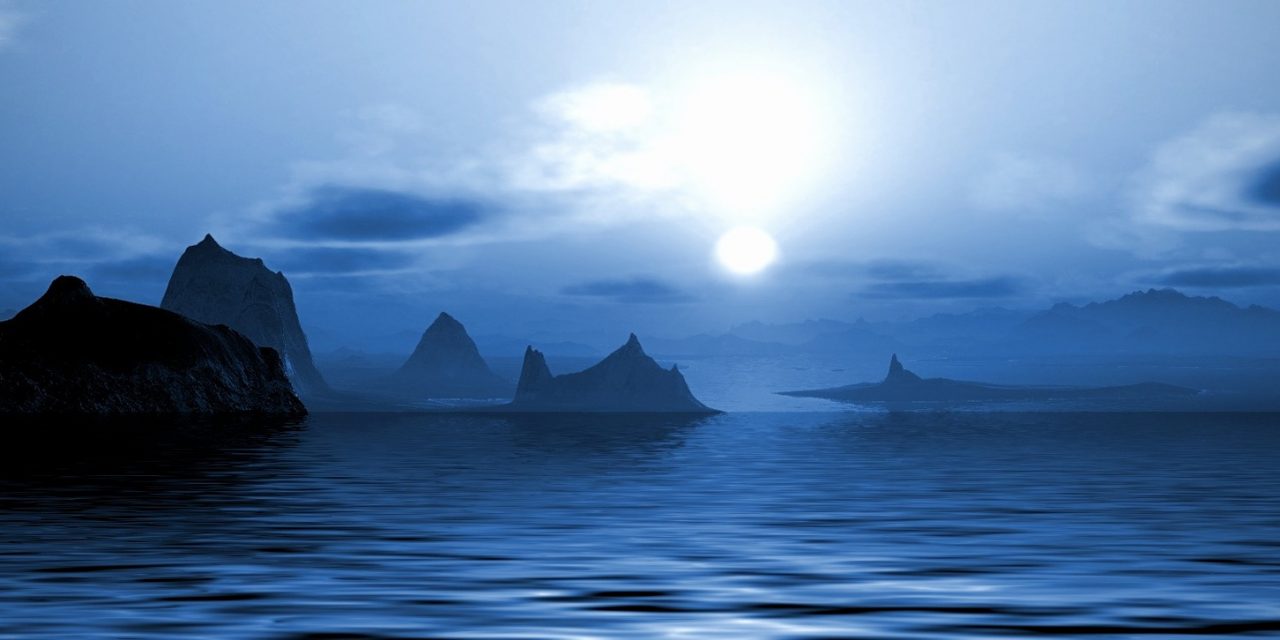 I’ll stand by that.

Because if we truly believed in hell like we say we do, we would do anything, give everything, change in any way, to get the message to people. But we’re much more interested in protecting our territory, our way of life, our way of doing church, than worrying about hell.

Nevertheless we guard it closely and hold on to it for some distant reason. Why is that?

All through my life there has been a hell.

I know how silly that sounds but for evangelicals, hell and punishment are always hovering nearby. The reasoning is that our highest mission is to save ourselves and others from eternal destruction; that’s why we evangelize. Let’s not forget that at its heart evangelicalism is a caring, outward focused way of living out the christian faith. These days most Christians believe in hell but it isn’t as prominent as it was when I was younger.

Those of us who have grown up in church may not think of it like this but, at its core, Christianity is both radical and surprising. It is a mix of historical fact, practical experience, and personal faith but it has always been edgy and difficult to accept.

If you consider the following list of beliefs, Christianity actually belongs in the realm of the unnatural and unbelievable. Look at this list and try to see it objectively as if you were a first century pagan:

See what I mean? That’s a pretty bizarre set of beliefs if you haven’t been born into them yet they are the things that Christians became convinced of and often died for. They shared them with such conviction that they changed the world.

These first doctrines were summarized in their creeds (statements of belief) but a notable one is missing from the creeds: hell, or eternal conscious torment, as it’s known. If hell was an important aspect of original Christianity one would presume it would be found in their statements of doctrine. Let’s look at some basic hell history.

The Apostle’s Creed (copied below) evolved earlier in Christianity’s history and has a reference to Jesus’ descent to hell after his Crucifixion. What is puzzling is that the original versions of the creed did not contain that sentence and in addition to that, it has never even been clear what it was intended to mean.* The Nicene Creed (AD 325, copied below) was created as the result of significant debate and process and has no mention of  hell.

There are other places where ‘fire-and-brimstone’ hell is conspicuous by its absence. The punishment rich Old Testament, for example, only rarely uses the word Sheol (later translated to English as ‘hell’) which was simply the word that described a place where people go when they die. There is no suggestion that Sheol was a place of eternal conscious torment (ECT) and in fact, there are no OT references of any kind to that idea.

Hell morphed into a place of eternal conscious torment beginning around the fourth century BCE, some time between the biblical testaments. It likely sprang from Greek, Egyptian and Roman thinking and influenced most of the world including Jewish teachings. (Do you remember studying the mythological gods in high school? You might also remember they were a bizarre, angry bunch, as were the religious idols of the time. Lots of anger and violence and payback with those gods. Just sayin’.)

Strabo, a Greek philosopher in the first century BCE wrote that people (read this carefully) “… are deterred from evil courses when, either through descriptions or through typical representations of objects unseen, they learn of divine punishments, terrors, and threats.” Interesting statement about controlling people through negative enforcement.

That thinking was expanded through Virgil, Socrates, Plato, Aristotle and others as well as the added idea that humans had eternal, undying souls. By the time we get to the New Testament the two have melded together into a commonly held belief that humans deserve unending punishment for their wrongs.

By the time they got to the fourth century AD the influential Christian thinker Augustine began to popularize the concept of eternal conscious torment. Though he often refutes Plato and others, Augustine is generally understood to have been influenced by Hellenistic philosophy and has been described by some as ‘neoplatonic’. Augustine came to believe that humans have a never-dying soul and that unbelievers would be made to endure eternal torment in hell.

When we look at the New Testament we are confronted more directly with hell but should consider where it comes from. What we read as hell in our English Bibles is actually a word that covers three separate words from the original language it was written in. To complicate things more, the old, traditional King James Version uses the word more than other translations do.** Let me summarize them briefly:

Hades: The grave, the place of the dead, a holding place (the NT equivalent of the word Sheol). No suggestion of punishment.

Tartarus: Is used only once (2 Peter 2:4) and is a dungeon or pit of torment reserved for Satan and his angels. Its origin is rooted in Greek mythology and Plato referred to it as early as 400 BCE. Punishment is for demonic forces.

Gehenna: This is a reference to the Gehenna Valley outside of Jerusalem where there was a historic, smouldering garbage dump. Extra-biblical Jewish writings from the second century BCE began to connect it to the punishment of hell. Jesus uses this word eleven out of the twelve times it appears in the NT. This is the hell-word that is attached to human punishment.

So there it is – an embarassingly brief introduction to the word hell and how eternal conscious torment came to be associated with it. There is more to its history when the Middle Ages and Revivalism appear on the scene much later and we will consider them at another time.

Given this uncertain information we could happily pretend that hell is not important, except for one problem: Jesus pushes it to the forefront. That’s right, Jesus is always stirring things up, and he’s kind of a big deal.

We will talk about Jesus thoughts on hell next time.

* The reference to hell in the Apostle’s Creed is assumed to be based on 1 Peter 3:19 which refers only to Jesus going down to the ‘imprisoned spirits’. The meaning of that verse is widely debated (and would be an interesting blog) but suffice to say there is no other support from the Bible for Jesus having gone to any place matching our understanding of hell.

** This is an oversimplification. The skill of translating is a very complicated process that needs much more background than I can supply here. 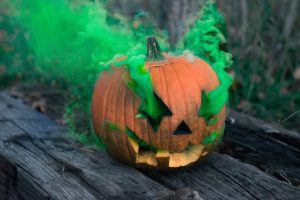 I believe in God, the Father almighty,
creator of heaven and earth.

I believe in Jesus Christ, his only Son, our Lord,
who was conceived by the Holy Spirit
and born of the virgin Mary.
He suffered under Pontius Pilate,
was crucified, died, and was buried;
he descended to hell. (see below)
The third day he rose again from the dead.
He ascended to heaven
and is seated at the right hand of God the Father almighty.
From there he will come to judge the living and the dead.

I believe in the Holy Spirit,
the holy catholic* church,
the communion of saints,
the forgiveness of sins,
the resurrection of the body,
and the life everlasting. Amen.

We believe in one God,
the Father, the Almighty,
maker of heaven and earth,
of all that is, seen and unseen.

We believe in one Lord, Jesus Christ,
the only Son of God,
eternally begotten of the Father,
God from God, Light from Light,
true God from true God,
begotten, not made,
of one Being with the Father.
Through him all things were made.
For us and for our salvation
he came down from heaven:
by the power of the Holy Spirit
he became incarnate from the Virgin Mary,
and was made man.
For our sake he was crucified under Pontius Pilate;
he suffered death and was buried.
On the third day he rose again
in accordance with the Scriptures;
he ascended into heaven
and is seated at the right hand of the Father.
He will come again in glory to judge the living and the dead,
and his kingdom will have no end.

We believe in the Holy Spirit, the Lord, the giver of life,
who proceeds from the Father and the Son.
With the Father and the Son he is worshiped and glorified.
He has spoken through the Prophets.
We believe in one holy catholic and apostolic Church.
We acknowledge one baptism for the forgiveness of sins.
We look for the resurrection of the dead,
and the life of the world to come. Amen. 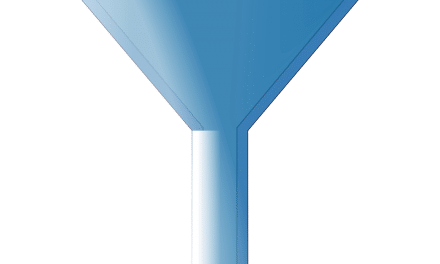 More funnel stuff because I’m not a responsible person 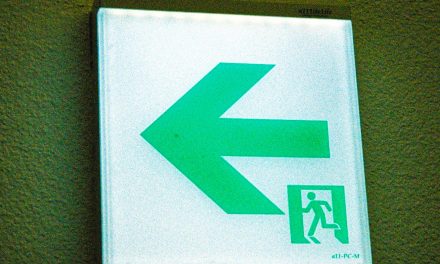 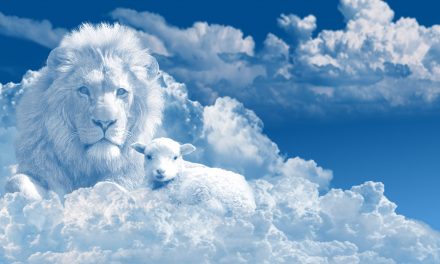