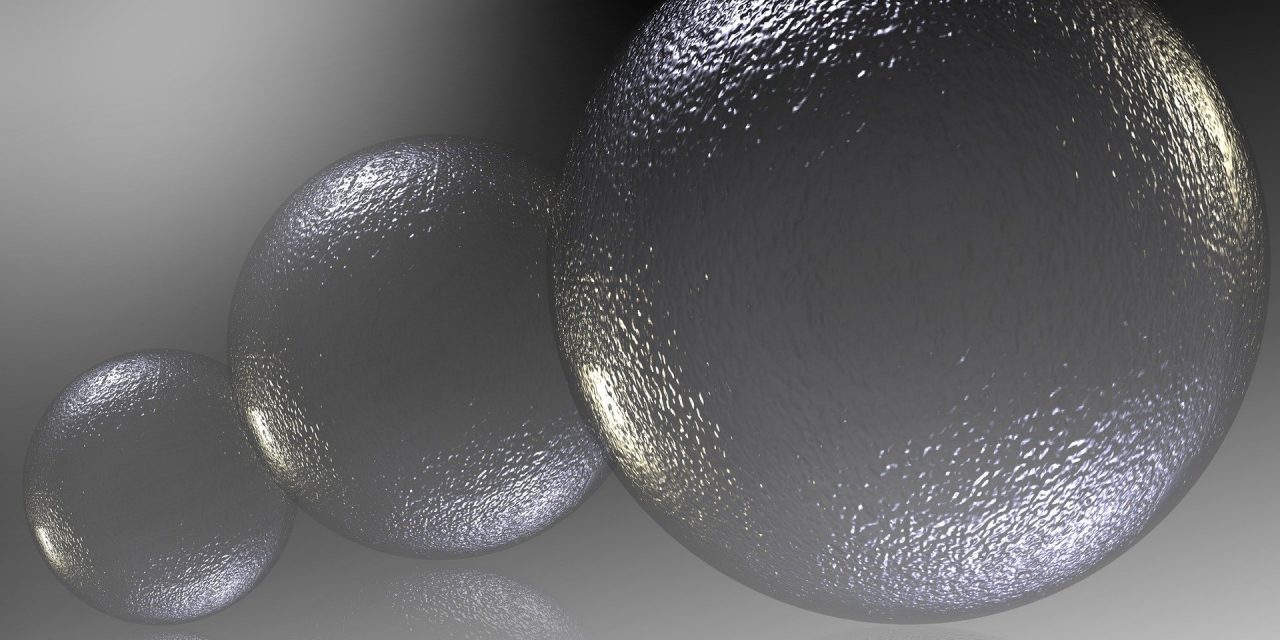 I’m thinking about church a lot these days.

Church is still a good thing, of course.

It’s just that so much of it feels broken.

Maybe disconnected is the word.

Here in our part of the world, a well-known megachurch pastor was asked to step down after an investigation revealed he had an extramarital affair with a woman he was counselling. Two more women have come forward since then. (Update: As I was editing this blog, the news broke that the pastor was arrested and charged with sexual assault.)

A couple weeks ago the Southern Baptist Convention released the findings of a third-party investigation into sexual abuses by their clergy. The report revealed that SBC leadership systematically covered up abuses and attempted to belittle and intimidate victims and advocates. A church organization that refuses to allow female preachers has been hiding the abuse of women for years. Investigators found secret documentation of hundreds of incidents; some of the perpetrators are still active in ministry.

The big controversy before that was the news that the founder of the global Hillsong church brand had stepped down amid unsavoury allegations. Meanwhile, pastors and staffers at many of its campuses have resigned and more than half its U.S. locations have closed because of similar controversies.¹

It’s not just megachurch pastors who are making a bad name for themselves. Recently, an Anglican Archbishop in Canada resigned because of admitted sexual misconduct. Elsewhere, heads of a denomination were squirming after a 63 year old Pentecostal pastor married a teenage girl who had grown up in his congregation.

It is now commonplace for church leaders to be outed because of sexual, emotional, and even spiritual abuse of people in their care. There are no geographical or denominational boundaries and examples of misconduct are familiar to most of us.

Marriage between church and state has become normalized. In the U.S. and Canada it is not unusual for nationalistic pastors to openly hawk their political views from the pulpit. There is still a beguiling relationship between Donald Trump and American fundamentalists. In Russia, Vladimir Putin (who claims to be a religious man) and Patriarch Kirill (who also claims to be a religious man) have benefited each other greatly at the expense of their own people.²

Historical participation in misdeeds like slavery, subjugation of women, discovery doctrine, residential schools, etc. are being exposed to the light of day. There’s a reason fundamentalists are paranoid about their children studying how racism has been integrated into our social systems (CRT).

To make matters worse, Christianity Today recently revealed that one-third of churches are victimized by embezzlement. It’s estimated that 6% of church donations are stolen but only a quarter of financial crimes are reported because of the perceived need to maintain trust. At the current rate of increase it won’t be long until annual losses will reach into the billions. Beyond that, what does God think about how people’s offerings are being used?

I could go on but you get the point. Churches spend millions each year investigating allegations and even more energy covering them up. Their excuse for hiding these misdeeds? They are protecting ‘the ministry’ of the church.

In other words, the institution is more important to them than the victims. That attitude is explicitly counter-Jesus.

Of course plenty of healthy churches still dot the landscape and christian organizations continue be prominent in helping and blessing. Christian pastors, media, and political influence seem as strong as ever.

Yet somehow churches show a trend of statistical red ink: attendance is declining, closings are increasing, and fewer people identify as christian. Pastors are leaving ministry at unprecedented rates and most of those remaining secretly wish they could.

The past several years have been especially telling as the triad of temptation – money, power, sex – has become all too common in church organizations. Awkwardly, technology has ushered in alternative ways of doing church – some churches refuse to move while others never stop moving.

Most damning of all has been the personality of intolerance that churches have garnered for themselves. The Trump years ‘outed’ the simmering resentment inside many christians. They are now primarily known for opposition to mostly everything: vaccines, immigrants, science, history, foreign faiths, nuanced thinking, other people’s sex lives.

Even when church people try to be joyful they can fumble the ball thanks to their preachy understanding of the Good News. Consider the recent video of a pastor standing up in the stifling confines of a commercial airplane, strapping on a guitar, then forcing a loud worship song onto all the trapped passengers.

I suppose you could say these are isolated events … except they aren’t. We are all so enamoured with the ways of ‘successful’ churches that we regurgitate the methods, practices, and false teachings that they trickle-down to us. In this age of easy media most of our pastors and churches are under the influence of highly-leveraged religious gurus like those above.

In spite of all the money and energy spent, churches continue to preach to themselves and culture continues to be secular. Churches work hard to justify their doctrines and programs and buildings but most people are not searching for those things. The pandemic has given even more worshippers the ‘out’ they need to slide quietly out the back door and not return.

There are two broad uses for the word ‘church’ and they often overlap (there must be a rule that religious terminology has to be complicated). The subtle differences are important, however.

The most common understanding of church has to do with the activities that happen in and around religious organizations and their structures: pews and pulpits, music and missions, tithing and trustees, pastors and potlucks, hallelujahs and handshakes, etcetera and etcetera. It is an institutional attempt to express God’s kingdom on earth.

The second, less understood use of the word, refers to the informal, worldwide collective of believers who worship God in spirit and truth. This organic movement blesses the world simply because of God’s grace: it is the universal church that Jesus initiated; it is ‘peace on earth’ lived out in practical ways.

this is the elephant in the room

I have been a church person my whole life – I’m practically as comfortable in a sanctuary as I am in my own living room. I am thankful that healthy, safe churches have been my experience but I am increasingly uneasy with how close-minded christians can be. As it turns out, many of them worship church.

But for a surprising number of christians there is an elephant in the room.³ They go to church because it’s expected but way down deep … in places they can’t speak of … they don’t like church all that much. Faithful church people are tiring of the expectations, commercialism, expense, busyness, protectionism, legalism, inequalities. They are even having trouble finding spiritual depth and meaning there.

When churches try to market or re-position themselves it almost always amounts to another version of the same … rearranging the deck chairs to save the Titanic. Rarely does anybody even consider that the basic model is broken. Church has become an end in itself; it serves its own purposes.

I didn’t want to write this blog; it sat on my computer for a month but all the unfortunate incidents in the news reminded me of why I wrote it in the first place. I also began to notice various social media posts, chastising people for not attending church, and I realized there is a disconnect. Perhaps it’s willful, perhaps it’s out of ignorance, but the church is disengaged from the rest of the world.

Maybe you’re happy with institutional church and what you do every week. Okay, carry on.

Me? I’m ambivalent about the value of the institutional church but I’m enthusiastic about the universal, organic version. The first kind can work fine but it is vulnerable to corruption and rust. The second can be awkward but it belongs to Jesus and is designed for humility and service.

The church institutional is ugly. The church universal is beautiful.

We can have both. Let’s re-connect this thing.

¹ It’s worth the subscription cost to get the AMC+ channel and watch the documentary Hillsong: A Megachurch Exposed.

² At least Putin went to church last Easter Sunday. Trump was busy on the golf course, editing his score card.

³ Just a figure of speech – we don’t literally have an elephant in the room. We were able to coax him outside with treats. 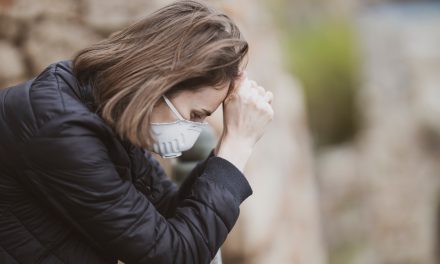 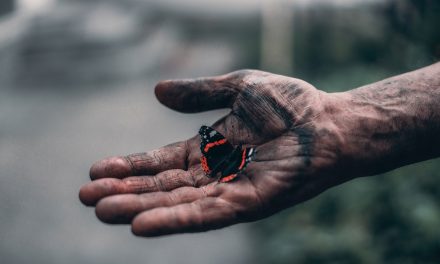 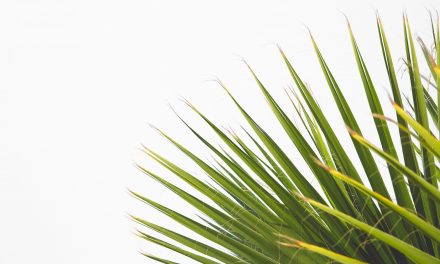 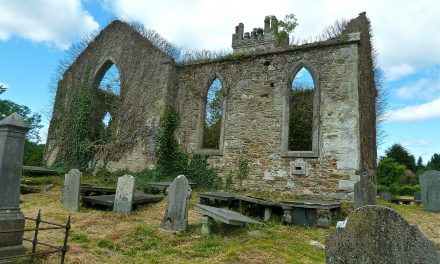