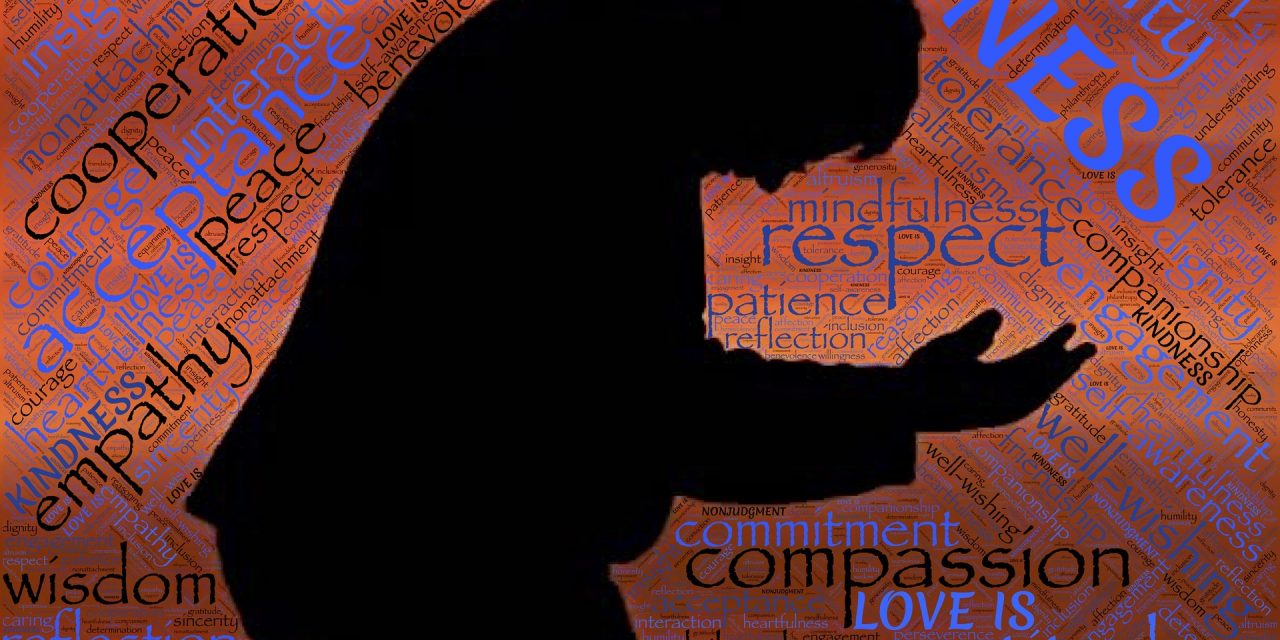 Now let me see if I have this straight – the president of a ‘Christian’ university actually put in print that being nice isn’t as important as fighting, politics is more important than faith, Democrats are liberal fascists (although the President is a text book fascist) and, in the end, bullies win.

As of this writing there have been nine pipe bombs delivered across the U.S. to various perceived critics of the U.S. President. Regarding this serious terrorist attack, his response has been to say a few generous words about how it will not be tolerated and then to revert to amping up tensions more by ignoring the victims and accusing the media of lying about him. Street fighter. 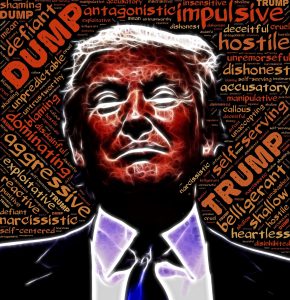 By himself he would just be another egotistical person but he has surrounded himself with goofy conspiracy theorists, power-clutching political enablers, opportunistic conservative media and soulless religious hangers-on who perpetuate his personal version of any story.

There have been articles and books written about Trump’s methods and psychological profiles that see him as lonely and insecure because people are loyal to him only as long as they can benefit from him. And consider this recent response from his wife regarding his alleged infidelities. ‘I’m a mother and a first lady, and I have much more important things to think about and to do. It is not concern and focus of mine.’ Yikes.

While it is dangerous and divisive to have a powerful leader who lies and enflames every relationship he engages in, it is even more dangerous that he measures the value of everything by both its financial profitability and how it affects his own ego. His history, his words, his body language betray both of these.

And I feel sorry for him.

Yeah, you read that right. I’m not sure what his future might look like but I can’t help but think it will be empty.

So I did something crazy a few days ago; I prayed for him. No it wasn’t like those prayer events in the White House where a herd of pious pastors crowd around him (facing the cameras), and ‘lay hands’ on him while crowing some rehearsed, media-friendly prayers. No, I actually prayed for him quietly and then, because it made me feel so good, I added a prayer for Justin Trudeau too! And our government leaders.

And you know, it felt right. It was freeing. I felt clean. I’ve prayed for him since then, too.

I probably should say something here about loving our enemies and praying for our leaders but you know what? Saying it is empty, so I’m just going to do it. And ask you to as well. I mean, what if we all just did those things and gave up our idol of attacking?

I’m embarrassed to say that Christians aren’t notably kinder to politicians than anybody else. The point isn’t whether or not we agree with their politics, it has to do with remembering they are loved and died for by God every bit as much as you and I are. We are called to live a life that is humble, loving and kind.

The New Testament letter to the church in Colossae emphasizes the nature of Jesus and uses that as a basis for how we should live. In these verses we are reminded of the importance of giving up our baser instincts (dying to earthly things) and living a new (resurrected) life with heavenly priorities. It is simple, practical, sobering advice:

“Since, then, you have been raised with Christ, set your hearts on things above, where Christ is, seated at the right hand of God.  Set your minds on things above, not on earthly things.  For you died, and your life is now hidden with Christ in God.  When Christ, who is your life, appears, then you also will appear with him in glory.

“Put to death, therefore, whatever belongs to your earthly nature: sexual immorality, impurity, lust, evil desires and greed, which is idolatry.  Because of these, the wrath of God is coming.  You used to walk in these ways, in the life you once lived.  But now you must also rid yourselves of all such things as these: anger, rage, malice, slander, and filthy language from your lips.  Do not lie to each other, since you have taken off your old self with its practices  and have put on the new self, which is being renewed in knowledge in the image of its Creator.  Here there is no Gentile or Jew, circumcised or uncircumcised, barbarian, Scythian, slave or free, but Christ is all, and is in all.

“Therefore, as God’s chosen people, holy and dearly loved, clothe yourselves with compassion, kindness, humility, gentleness and patience. Bear with each other and forgive one another if any of you has a grievance against someone. Forgive as the Lord forgave you.  And over all these virtues put on love, which binds them all together in perfect unity.

“Let the peace of Christ rule in your hearts, since as members of one body you were called to peace. And be thankful.  Let the message of Christ dwell among you richly as you teach and admonish one another with all wisdom through psalms, hymns, and songs from the Spirit, singing to God with gratitude in your hearts.  And whatever you do, whether in word or deed, do it all in the name of the Lord Jesus, giving thanks to God the Father through him.”     – Colossians 3:1-17 (NIV) 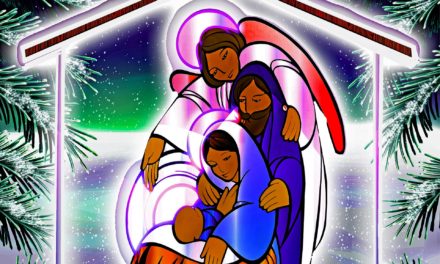