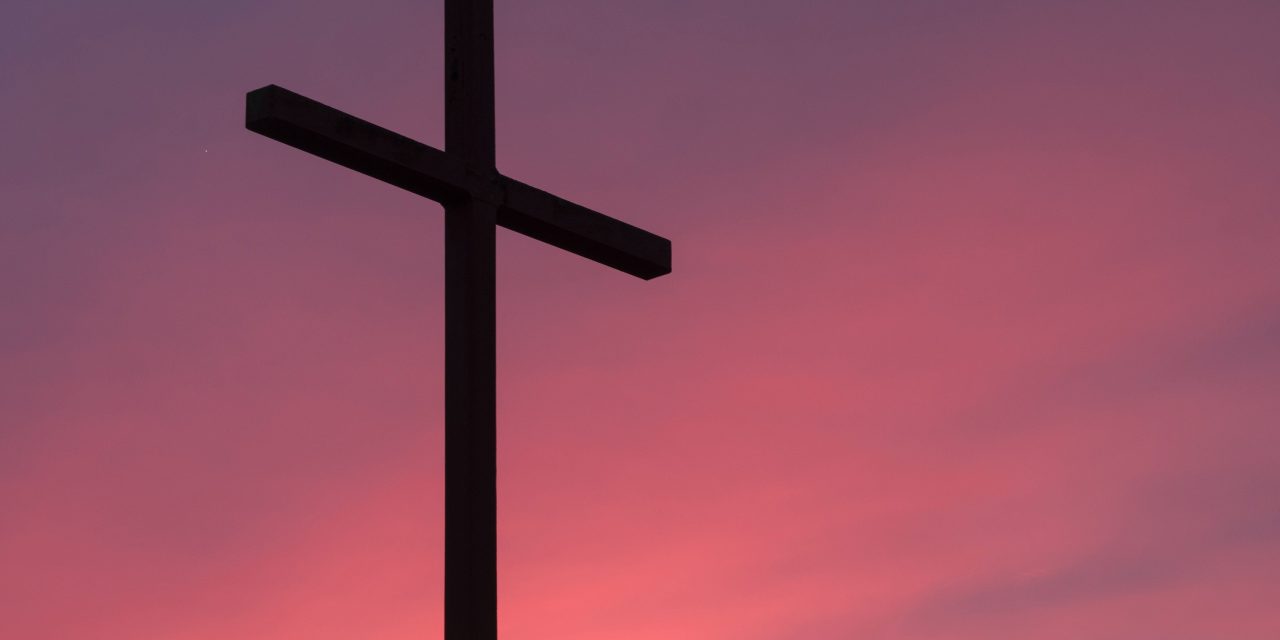 It was just a piece of bad graffiti scratched with poor artistry on an ancient wall.  We don’t know who drew it or what the exact circumstances were but it was carved into a stone wall and then preserved after it was covered over by another structure.  It turns out that the wall was in a building from the 3rd century and was owned at one time by the infamous Roman Emperor Caligula.  It was rediscovered 1500 years later – this is what it looks like. 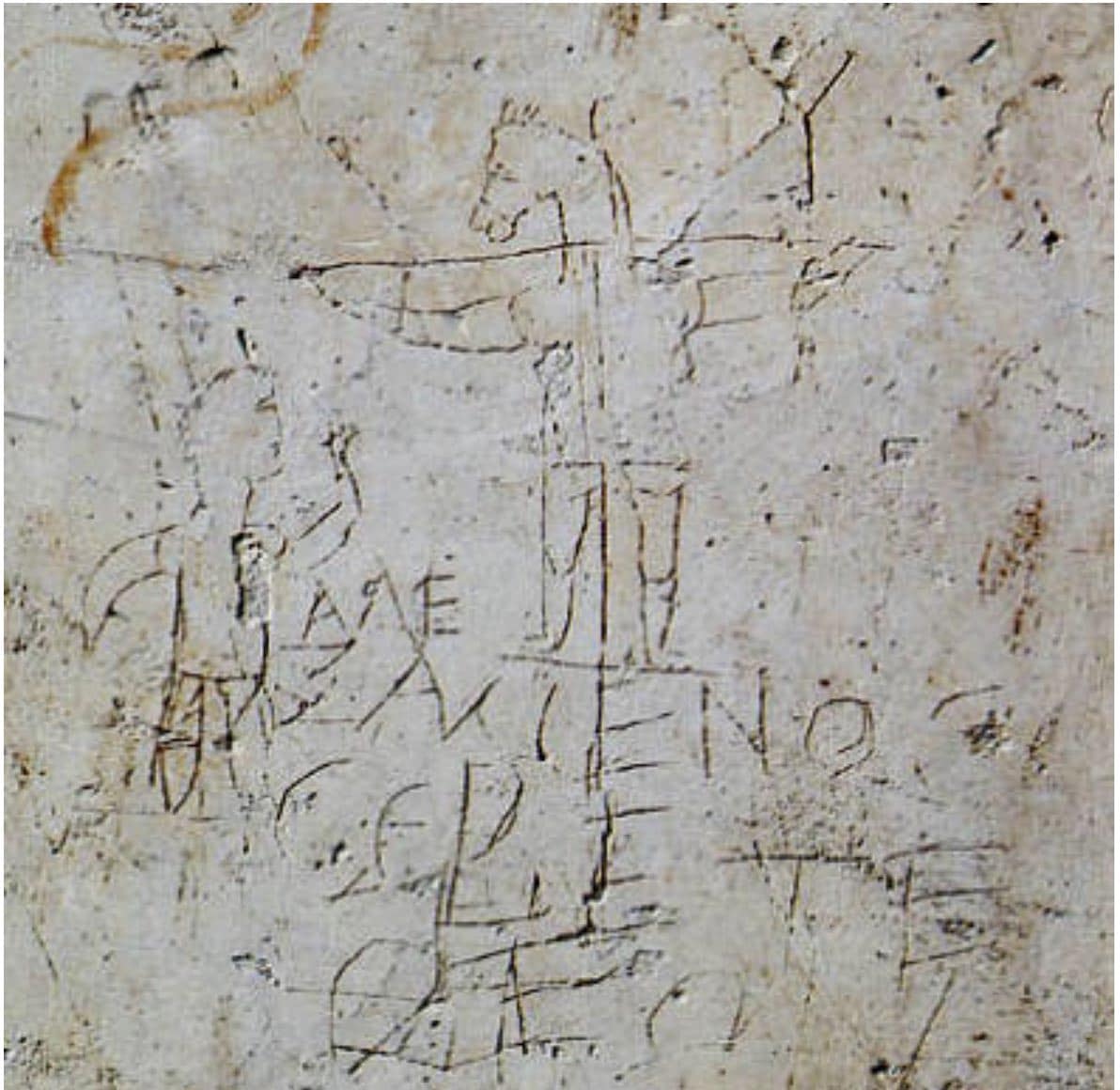 If you look closely you’ll see that it is a naked human body with a donkey head and that there is someone kneeling beside it, hand raised.  Ancient Greek words find a rough place within the picture.  Below is a tracing of the same image along with the inscription and it will help you picture it better. 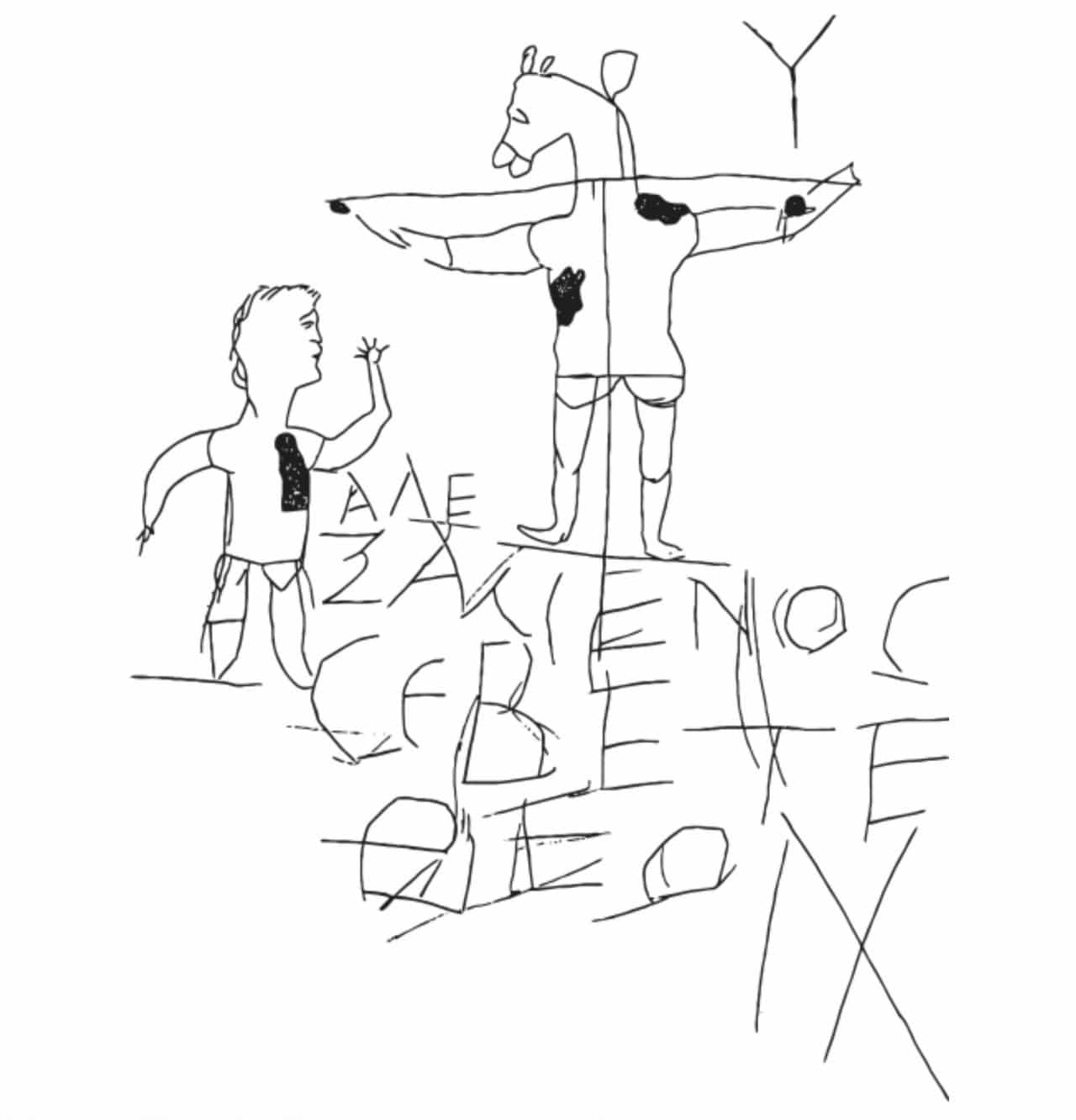 The inscription clarifies the intention of the graffiti.  It is a mocking portrayal of someone named Alexamenos who is pictured worshiping some sort of human creature which has the head of an ass.  More interestingly, the creature is hanging on an ancient tool of torture-death … a Roman cross.  The words say simply, “Alexamenos worships his god”

The meaning of the graffiti becomes clear in the larger context.  Alexamenos, the object of the graffiti, was a Christian and had become the brunt of criticism and laughter from the enlightened people in modern Rome.  Biblical scholar Ben Witherington gives more clarity to that ancient culture in the current March-April 2011 issue of Biblical Archaeological Review:

“Evangelism in the Jewish and Greco-Roman worlds required apologetics of various sorts to explain what made a certain group’s claims unique and superior to others. This was especially necessary if you were claiming that a Jewish manual laborer who had been crucified by a Roman governor named Pilate had nonetheless risen from the dead, appeared to various persons, and was starting a new community of followers because his previous ones had all but abandoned hope. The real sticking point for Jesus’ followers is that the culture of the Middle East at that time (and still today) was an honor and shame culture, and crucifixion was the most shameful way to die in that world. It was not seen as a noble martyrdom of any sort. People in that world believed that the manner of your death most revealed your character. On that basis, Jesus was a scoundrel, a man who committed treason against the state, a man who deserved the punishment used for slave revolts. The Romans called it ‘the extreme punishment,’ and no Roman citizen would be subjected to it.”

Actually, the definition of graffiti is not necessarily a negative one, it simply means any type of public markings or drawings.  Many walls in many cities have been lucky to be graffiti-ed by talented and imaginative artists but most of it continues to be insulting or vulgar.  Unfortunately, in our world there are many who graffiti Christianity in a negative way using newer walls. Some of the bad graffiti comes from one side (Richard Dawkins, Christopher Hitchens, Dan Brown, etc.) and some of the bad graffiti comes from the other side (Benny Hinn, Jack Van Impe, Harold Camping, etc.).  The point is that the truth of what Jesus brought to the earth has always been publicly misunderstood, manipulated, and belittled by those with small minds or dark hearts and this century is no different from any other.

It’s not my purpose here to defend the beliefs of Christianity or the events of Holy Week.  But I do want to remind us that each one will worship something.  Regardless of what your words say, you will worship: money or security or power or work or nature or sex or leisure or science or family or religion or atheism or intellectualism or … whatever.  You might not even recognize it as worship but you will worship.  Alexamenos chose the God that he would worship and was graffitied in history.  He chose a story of an invisible, loving God who became human, suffered and died so that Alexamenos could live.

As we enter this traditional season called Holy Week, Christians embrace this unbelievable story by faith and fact.  A story that is so outlandish and embarrassing that the primary explanation of its success must be that it really happened.  The Son of God had, in fact, “…  humbled himself in obedience to God and died a criminal’s death on a cross.”  If it is true, then it is the most important event in history.

This week we worship and celebrate that event along with our Christian brother Alexamenos. 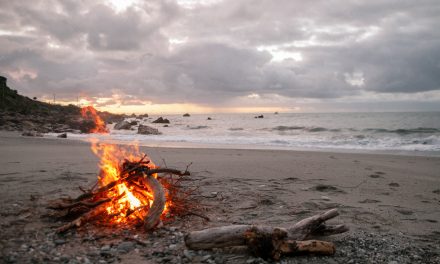 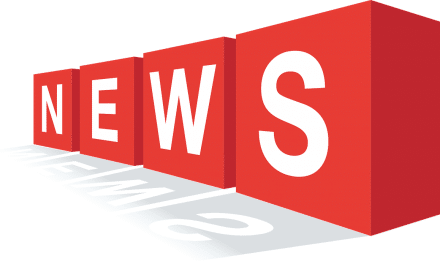 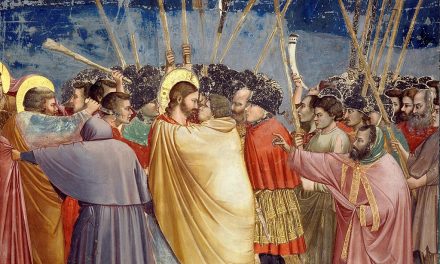